Chief Complaint: A Country Doctor’s Tales of Life in Galilee, by Kanaaneh. Return: A Palestinian Memoir, by Karmi. 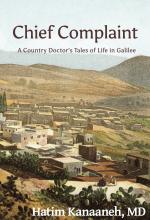 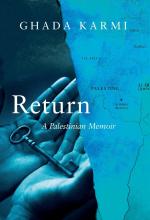 Combining the authenticity of lived experience with the accessibility of popular literature, the genre of Palestinian life-writing is a uniquely compelling means to transmit the archetypal features of Palestinian reality—exile, diaspora, dispossession, fragmentation, occupation, and endless war—to international audiences otherwise exposed mainly to foreign, corporate narratives, if to any at all. Recent critical writings on the genre, especially by the likes of Bart Moore- Gilbert and Norbert Bugeja, have noted this appeal. [*] Such observations are borne out by the success and increasingly international availability of Palestinian memoirs, autobiographies, and oral historiographies, whether originally written in English or translated from the Arabic. From classic examples by Mahmoud Darwish, Jabra Ibrahim Jabra, and Edward Said, to more recent works by figures such as Mourid Barghouti, Suad Amiry, and Raja Shehadeh, Palestinian life-writing has emerged as a major force in the battle over (self-) representation. [†]

Beyond its immediate impact in the realm of cultural politics, Palestinian life-writing also adds substantially to the canon of Palestinian literature available in English. Juliane Hammer explains its literary significance well: conditioned by the “diaspora experience [as] crisis,” the genre, she argues, is particularly suited to encapsulate the “perceived crisis of memory,” the “anxiety about . . . forgetting the lost homeland” that every Palestinian feels as his or her alienating fate. [‡]It might thus be productively read alongside the genres of Palestinian fiction and poetry for its comparable engagements with form. The texts under discussion in this review—Hatim Kanaaneh’s Chief Complaint and Ghada Karmi’s Return—contribute admirably to both the political intent and the literary remit of Palestinian life-writing.

Kanaaneh is a retired physician living in Galilee. He left his native village of Arrabeh in 1960 to study medicine and public health at Harvard University. Upon his return, he assumed the office of subdistrict physician, working with the Israeli government to serve the needs of its indigenous population, and doubled as the first and only general practitioner in Arrabeh, establishing a practice that he attended in evening hours. Since his retirement, he has set about documenting his thirty-five years of experience as a Palestinian medical practitioner laboring under an indifferent and often hostile government, a story that reflects and addresses the larger social, political, and economic issues faced by Palestinian citizens of Israel. In his first memoir, A Doctor in Galilee: The Life and Struggle of a Palestinian in Israel (Pluto Press, 2008), he details his efforts to help found one of the first nongovernmental organizations dedicated to such issues, the Galilee Society. In Chief Complaint, he turns to his practice in Arrabeh, and paints what he calls “a more inventive literary . . . portrait of life, in disease and health, in a typical Palestinian rural community in Israel” (p. 15).

Chief Complaint comprises a series of vignettes, each revolving around an interaction between Kanaaneh and a different patient. Structured according to the “complaint” of the protagonists (“High Fever,” “Chills,” “Hair Loss,” and so forth), these vignettes afford Kanaaneh the opportunity for a wider-ranging symptomatology of his village as he delves into his patients’ medical and familial histories. In the process, he uncovers the political history that had produced such ailments in the first place, and thus evokes and enshrines for future generations the collective memory of Arrabeh. For instance, in the chapter entitled “High Fever,” he is called upon by ‘Adheem, an old family acquaintance, and traces ‘Adheem’s chronic osteomyelitis (bone infection) back to an unhealed gunshot wound he had received while fighting against the British Mandate during the Palestinian Revolution of 1936–39. Kanaaneh then conjures an image of Arrabeh, dense with local color and character, during the period, and weaves the history of his village into that of Palestine as a whole. Repeating this narrative technique for seemingly every major event in Palestine’s political history, the foundational “complaint” that cumulatively arises from his vignettes is that of his community’s “conflicted relationship with the State of Israel,” a microcosm of Palestine itself (p. 16).

Chief Complaint is written in English precisely in order for Kanaaneh to address an international audience, “to knock on the walled conscience of the world and demand attention from it” (p. 15). While his characters are mainly fictional, they are based on actual patients he treated throughout his career, and indeed might well be read as composite personalities who through their literary construction point toward a truth more resonant than any that can be revealed in the mere transcription of fact. Kanaaneh sums up this truth eloquently: “I try in this collection of vignettes to bring our existence to light, to sing out our pleasure and pain, to echo our sense of alienation and dispossession, to face up to the dilemma of our schizophrenic identity, and to hail our occasional successes and our trust in the future” (p. 12).

Like Kanaaneh, Karmi was trained as a physician. Having been shunted into exile with her family from her Jerusalem home during the Nakba of 1948, her early life was spent in London, and she completed medical school at the University of Bristol in 1964. Also like Kanaaneh, Karmi directed her medical training to the service of her people—specializing in health care provision for ethnic minorities, migrants, and asylum seekers, she founded the first British-Palestinian medical charity in 1972. Such professional dedication led to many research fellowships, most recently as an honorary research fellow at the University of Exeter’s Institute of Arab and Islamic Studies in 2012, where she now primarily works. Among her several books, mostly oriented around Palestinian history and the feasibility of a political resolution, Return is her second venture into the autobiographical mode. Her first, In Search of Fatima: A Palestinian Story (Verso, 2002), offers an intimate, searing account of her childhood in Jerusalem, her and her family’s dispossession and displacement to England, and her coming-of-age in 1950s Golders Green, a Jewish-majority neighborhood in north London. In its sequel, Karmi picks up this narrative where she (thematically, if not chronologically) left off, and charts a reverse trajectory of return to a now vastly changed and unfamiliar homeland.

Return finds Karmi in Ramallah during the summer of 2005. Despite having resolved never to return after an earlier trip in 1991, when she decided that her identity as a Palestinian was to be “flotsam and jetsam,” irreversibly “scattered and divided,” a new assignment as consultant to the Palestinian Authority’s (PA) Ministry of Media and Communications brings with it, initially, new hope (p. 7). Yet this hope is short-lived. Armed with the good intention of contributing to the project of Palestinian state building, she soon discovers that the ministry, and by extension the PA, has been rendered impotent by bureaucracy, office infighting, and corruption. Regarded as an outsider by her colleagues, she is systematically marginalized, and her efforts ignored or dismissed. Using the opportunity of her ostracism to see the charred landscape of occupation for herself, she then travels through Palestine, and witnesses the horror and brutality of the separation wall; Hebron, with its increasing presence of settlers and Israeli soldiers; and Gaza under siege. In the process, she penetrates the heart of the PA’s sham government. Although the PA claims to represent Palestine and its people, in reality, “This country was Israel’s and Israel’s alone, to settle, loot, divide, carve up, refashion, rename, and do with whatever it pleased” (p. 49).

Return is thus a narrative of disillusionment, one which brings the hopes of “return” to a lost homeland as articulated in Fatima full circle. Karmi realizes through her experiences that her long-cherished ideal is in fact “a return to the past, to the Palestine of distant memory, not to the place it was now”—an impossible dream (p. 313). She is consequently drawn to reassess “the two fundamentals” by which she had always lived: “There was no national cause anymore, and no unified struggle for return” (p. 316). Fittingly delivered in English, this lesson is a resounding one for those who, like Karmi, have, from distant shores, maintained an imaginary relationship with the “Palestine” of memory, fiction, and dreams.

Chief Complaint and Return tell radically different stories—respectively, of collective resilience, sumud, in the face of catastrophe, and of individual political maturation, Bildung, from a state of idealization to one of resigned acceptance of reality. But taken together, as parallel contributions to Palestinian life-writing, they both mark the expanding vitality of the genre, the multiple narrative possibilities it opens for those whose uniquely Palestinian voices—whether individual or collective, whether from al-dakhil or al-gharb—deserve, indeed demand, to be heard throughout the world in a clear, accessible, and dynamic way. As they continue to make their voices heard, Palestinian memoirists and autobiographers would be well-advised to look to Chief Complaint and Return as exemplars which bring personal experience, professional expertise, cultural and political insight, historical scope, and literary sophistication to bear on this evolving genre.

Karim Mattar is assistant professor of English at the University of Colorado at Boulder.