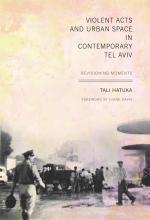 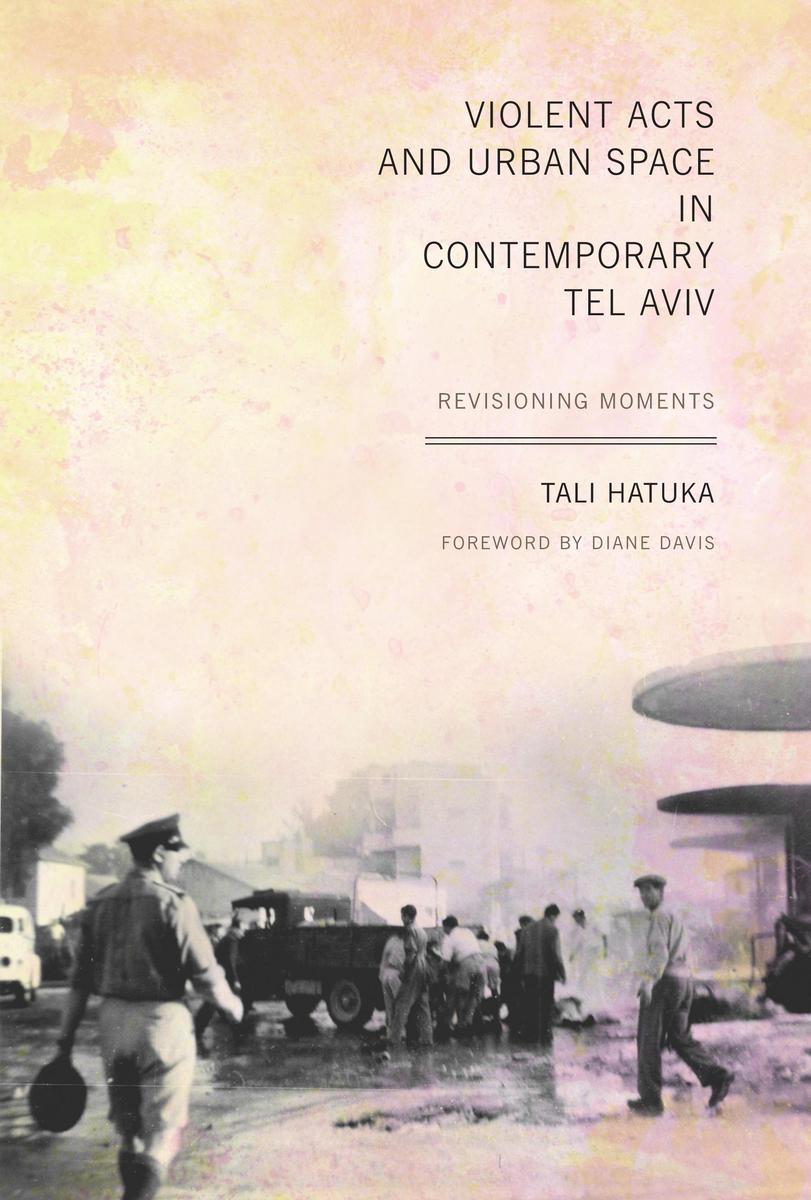 Future histories of the Israel-Palestine conflict will likely emphasize greater contiguities than ruptures between a present post-Zionist political imaginary and preceding knowledge regimes. One suspects that analyses of Israel’s spatial practices will feature prominently in such histories. And for good reason: even as current studies of the occupation have sought to lay bare the workings of a society “conscripted” into a dominative spatial logic— precisely by naturalizing a relation between a violent occupation and quotidian technocracies—they repeatedly mistake critique for political triumph, and so practice what Adorno once termed a species of “actionism” indistinct from resignation.

Tali Hatuka’s Violent Acts and Urban Space demands interpretation from precisely such a standpoint. Here, what introduces itself as self-conscious and corrective intervention is at once unselfconsciously palliative. To understand how this happens one must note that the book is premised upon an imputed epistemic/historiographic shift (repeatedly invoked, but never examined) between the “black and white” positions loosely associated with Israeli statism on one side, and the complex revisionism of “contemporary scholars” on the other. Identifying with the latter, Hatuka unreflexively validates such efforts as reflexive by virtue of the progressive politics they (and she) appear to sustain. The problem, of course, is that to be reflexively progressive is to refuse to let oneself off the hook quite so easily.

Even if Hatuka’s project will not liberate itself so completely from dichotomous thinking or the affirmative character she ascribes to it, her project does advance a series of interesting premises, each of which demands elaboration. In the first instance, her examination of the relation between spatial logics and structural violence shies away from examinations of the iconic (Jerusalem) or the overtly conflictual environments of the occupied territories.2 Hatuka takes this step to more effectively approach the dynamics of contention within sovereign Israeli territory. Identifying Tel Aviv with the quotidian sphere (which is itself an iconic reading of the “White City”), Hatuka draws on, but arrests, a tradition of political sociology that has highlighted contentious practices (vide Charles Tilly, Sidney Tarrow) to privilege—analytically—episodes in the aftermath of violence. She calls these episodes “revisioning moments.”

Hatuka subsequently offers the reader what amount to standard longitudinal case studies of three sites in Tel Aviv that fell prey to exceptionalized violence during a critical period, spanning from the signing of the Oslo Accord in 1994 to the eclipse of the second intifada. The first is Tel Aviv’sKikar Malkei Israel, the site where Israel’s Prime Minister Yitzhak Rabin was assassinated in 1995, and where impromptu collective practices of mourning for him (and for the peace process) resulted in the construction of a memorial that is formally indistinct from a barbeque pit. The second site is the Manshiyya Quarter that functioned as a frontier between Tel Aviv and Jaffa. There, a suicide bombing at the beachfront dolphinarium discotheque in 2001 resulted in 21 deaths, followed by ongoing bureaucratic ambivalence between the public interest and property rights. The last is Tel Aviv’sold central bus station in Neve Sha’anan—a district largely populated by migrant laborers that witnessed dual suicide bombings in February 2003, killing 23 people and injuring 100. It is in these stigmatized environments that Hatuka sees the inauguration of “revisioning moments”—that is, episodes in which the “actions of people exposed to violent acts . . . [may be] understood to be a form of mediation or recovery from the violent events, actions that aim at repairing and improving space. . . .” (p. 3).

There is a significan tdifference between the book’s stipulated program concerning revisioning moments and the actual chapters, which mainly offer genealogies of the sites at the expense of comprehensive analyses of what happens after the killing is done with. (A more accurate subtitle might therefore have been “Prolegomena to Revisioning Moments.”) So, to the extent that an underlying proposition may be divined here, it is: first, that a species of social practice emerges in the aftermath of terror attacks; and second, that a type of technocrat (planners/architects) can and may interpolate between the space-making associated with such aftermath practices and the contradictory structural/external impositions emanating from the state and/or the invisible hand of capitalism.

Making a fetish of violence as such, the work brackets it off—quasi-autonomously—between mute trauma and expressive dramaturgy. With that sequester in place, Hatuka then recuperates the architect/planner as the potential champion of post-traumatic and quotidian agency practiced by the anonymous, the everyday, the local, the migrant, and the powerless. As it allegedly formalizes those revisioning moments, a technocratic discipline’s identification with sub-state actors inoculates it from what Waltz called “third image” politics, e.g., the systemic, international dynamics of the Israel-Palestine conflict that were always imbricated in the bombings and revisioning moments to begin with, at every level of analysis.

For all its attention to emergent and contingent practices (hip-hop parties and pro-migrant social justice efforts), and despite its episodic attempts at auto-ethnographic narration, Violent Acts is a work of profound resignation. Taking solace in the belief that it practices its politics in good faith, it reveals its epistemological bad faith. The work systematically eschews the imperative of any authentic critical practice, insofar as it refuses to examine the necessary and universal conditions of possibility for its own synthetic judgments concerning revisioning moments as such. To the contrary, with notable exception in the case of Neve Sha’anan, Hatuka erects a nature preserve around pseudo-action, nourishing the idea of revisionings in one place, while ignoring the relation between such concepts and linked events taking place fourteen miles away. Focusing too insistently on the sites themselves, Hatuka does not do justice, for example, to the shifting nature of the revisioning that was at work when grieving parents of the dolphinarium victims gave support to the grassroots “Fence for Life” initiative—amass appeal that led to the construction of Israel’s self-declared “separation barrier.” (Any serious analysis of aftermath practices and the role of the planner in allying with them would necessarily and repeatedly stumble upon Israel’s successful enclavization of the West Bank, a physical segregation so total that it now permits thinking about space to also imagine itself free of its own relation to prior space-making achievements.) Violent Acts presents itself as a history of the sites of urban triage during and after the second intifada. But it is actually itself a case study for a bourgeoning historiographic norm, characteristic to an era when Israel has largely pacified—by sequestering—the majority of the Palestinian population, and arrogates to itself the telling of the prehistory of that spatial politics as if it were the story of another.

Daniel Bertrand Monk is the George R. and Myra T. Cooley professor of peace and conflict studies, and professor of geography at Colgate University. He is the author of An Aesthetic Occupation: The Immediacy of Architecture and the Palestine Conflict, and coeditor of The Post Conflict Environment (University of Michigan Press, 2014).