When Reema Eqab was 18 years old, she couldn’t strike the balance in feeling American or Palestinian enough. Born and raised in Pensacola and attended both a high school and college surrounded by white and primarily Christian peers, Eqab felt “trapped.” 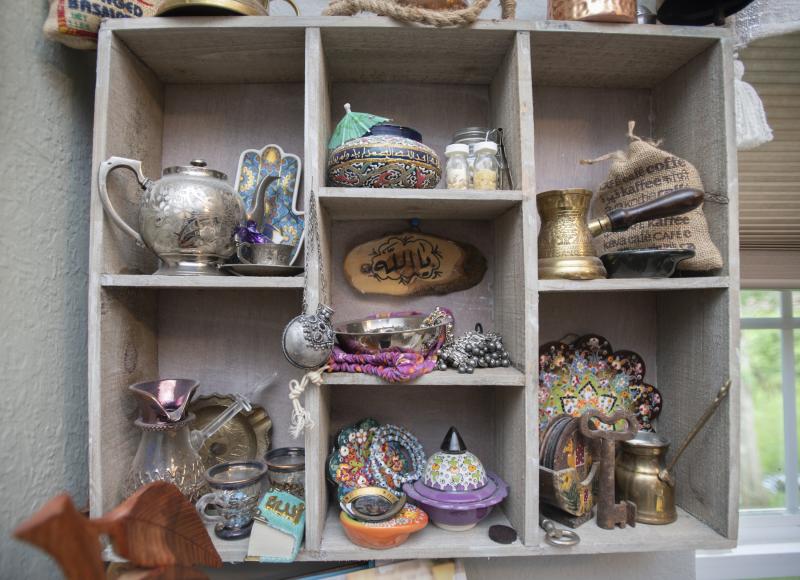 After her single visit to Jordan and Palestine in 2018, Eqab said she finally found herself and embraced both her Palestinian roots and American background, but still struggled to cope with the ongoing violence erupting in the  Occupied Palestine, some of which occurred near her family’s Palestininan hometown Silwad, about nine miles northeast of Ramallah.

“I felt so discouraged about being a Palestinian. I was trying so hard to be somebody I wasn’t and questioning everything about myself. If I were raised in Palestine, this most likely wouldn’t have happened. But I wasn’t influenced [in the] right [way] by the people [around me] when I [was growing] up in Douglas, Georgia and then [when I] moved to Pensacola [at] 7 [years old,]” Eqab said.

During the Unity Intifada last year, when Palestinians across historic Palestine took to the streets in defense of Gaza and the Jerusalemite neighborhood of Sheikh Jarrah, the Palestinian community in Pensacola joined the uprising by holding a protest that was attended by hundreds who chanted and displayed posters and banners in downtown Pensacola. The protest was organized by the University of West Florida’s Muslim Student Association.

Renaad Mohammad, 25, was born and raised in Pensacola. She visited Palestine for the first time when she was 14 years old, while her second visit was during the 2014 Israeli onslaught on Gaza.

“There was only one thing running through my head — I’m going to die. This is it.”

Mohammad recalls the moment a bomb exploded near their home - the power was out and screams of children echoed through the street. Mohammad and her family sat in the living room at midnight not knowing what to expect for the next moments of their lives, but awaited missile strikes to roll into their area.

When Mohammad remembers her “second home” [Palestine], she remembers stories alike to fear and sadness but also some of the most “free spirited” times of her life.

“No matter where I am, I am Palestinian. I will use my voice, especially here in the southern United States, to educate people and feel closer to my home,” Mohammad said.

The Palestinian community in Pensacola tends to spend most of their time together. Extended family and friend dinners are a common occurrence as Palestinian dishes, music, cheese, fruits, desserts, coffee and tea amid each other’s company make them feel like themselves the most.

Eqab began growing mint in her backyard in March 2020 and takes great pride in using it in her tea and as a garnish in many Palestinian dishes. You can also find her or her younger sister baking bread with Za’atar, a spice mixture of toasted sesame seeds, dried sumac, oregano and thyme on a Tuesday morning and listening to Arabic music. 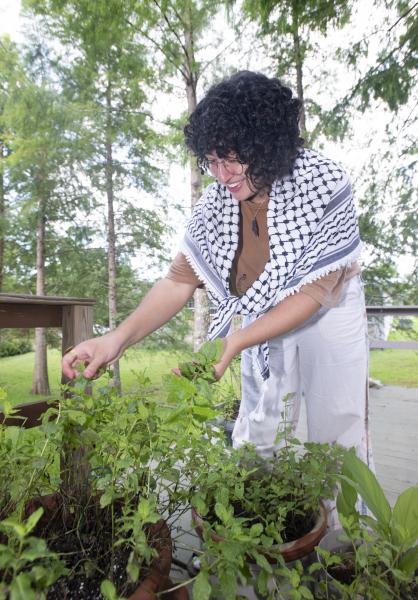 According to the 2021 U.S. Census Bureau, Pensacola is 65.5% white. The percentage of those who identify as Middle Eastern or Arab in that number is ambiguous since the U.S. Census combines this category with white. The population consists of and is home to a plethora of different backgrounds including Latin and Black communities.

Whether it is Islamophobia Mohammad and Eqab experienced in Pensacola or the stares and questioning of Israeli soldiers, the two women are no strangers to the all-familiar racism surrounding their Palestinian heritage and Muslim identities.

Wearing a hijab comes with both pride and consequences, according to Mohammad.

“I will be in Target buying groceries being stared down by most people I walk by. I will even have women come up to me asking why I wear ‘that thing on my head’ and that their church can ‘save me,’ or wanting my opinion on Al-Qaeda. You would think that in 2021 these things wouldn’t be happening but there will never be an end,” Mohammad said.

Eqab was questioned about her faith by Israeli soldiers while in the Old City of Jerusalem, visiting the Dome of the Rock, because she did not look “Muslim enough”.

However, she still admires a replica of the shrine that sits centered on her living room table, serving as a constant reflection of her visit there, her home and her bond to Palestine.

The Palestine they know from the early 2010s looks and feels nearly foreign to Eqab and Mohammad now.

With tears in her eyes, Mohammad reminisced on the beauty of an orange and blue Palestinian sunset through the rolling mountains from her family’s rented apartment that she can no longer see from a different hemisphere.

But remembering their homeland also brings stories that keep them up at night, fearing for the lives of their family members who still live in Palestine under the constant dominance and gaze of Israeli soldiers.

Mohammad describes some experiences she and her sister, husband and two children living in Palestine as “the worst things imaginable” and true “nightmares.”

“When we arrive, we are interrogated by Israeli forces holding guns at the border of Jordan and Palestine and it takes my family about seven or eight hours, believe it or not, to enter the [land] when in reality it’s only about a 30-minute drive — I can’t describe how traumatic and terrifying it is,” Mohammad said.

Other encounters include Israeli soldiers breaking into the homes of Palestinians at 3 a.m., physically shaking and yelling at Mohammad’s sister and 6-year-old nieces to leave while going through their money, closets and food.

As thousands of videos surfaced last May, it became unbearable for Mohammad to watch and listen to the news.

“When I hear an elderly woman screaming in pain for her life in those videos, I hear my own grandmother’s voice. That is how my grandmother speaks, in that exact same dialect. That is the same dialect I speak to my parents in. It’s like my mom or grandmother is being tortured and it feels like those people are in my family. This is my family,” Mohammad said.

Eqab and Mohammad both  attended the  protests in Pensacola and used their social media accounts to repost, share and educate their friends and community on helpful resources and what can be done to support the liberation movement for Palestine.