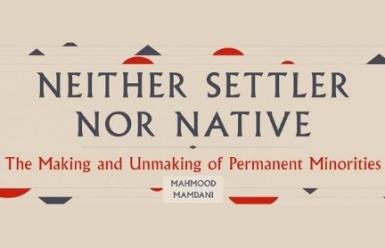 The Institute for Palestine Studies invites you to join us for a book discussion on Mahmood Mamdani's recent release of Neither Settler nor Native: The Making and Unmaking of Permanent Minorities.

In this genealogy of political modernity, Mahmood Mamdani argues that the nation-state and the colonial state created each other. In case after case around the globe—from the New World to South Africa, Israel to Germany to Sudan—the colonial state and the nation-state have been mutually constructed through the politicization of a religious or ethnic majority at the expense of an equally manufactured minority.

The model emerged in North America, where genocide and internment on reservations created both a permanent native underclass and the physical and ideological spaces in which new immigrant identities crystallized as a settler nation. In Europe, this template would be used by the Nazis to address the Jewish Question, and after the fall of the Third Reich, by the Allies to redraw the boundaries of Eastern Europe’s nation-states, cleansing them of their minorities. After Nuremberg the template was used to preserve the idea of the Jews as a separate nation. By establishing Israel through the minoritization of Palestinian Arabs, Zionist settlers followed the North American example. The result has been another cycle of violence.

Neither Settler nor Native offers a vision for arresting this historical process. Mamdani rejects the “criminal” solution attempted at Nuremberg, which held individual perpetrators responsible without questioning Nazism as a political project and thus the violence of the nation-state itself. Instead, political violence demands political solutions: not criminal justice for perpetrators but a rethinking of the political community for all survivors—victims, perpetrators, bystanders, beneficiaries—based on common residence and the commitment to build a common future without the permanent political identities of settler and native. Mamdani points to the anti-apartheid struggle in South Africa as an unfinished project, seeking a state without a nation.

Mahmood Mamdani (author): is Herbert Lehman Professor of Government and Professor of Anthropology and of Middle Eastern, South Asian, and African Studies (MESAAS) at Columbia University and Director of the Makerere Institute of Social Research in Kampala. He is the author of Citizen and Subject, When Victims Become Killers, and Good Muslim, Bad Muslim.

Rana Barakat: is assistant professor of history at Birzeit University in Palestine. She is currently working on a book monograph titled "Lifta and Resisting the Museumification of Palestine: Indigenous History of the Nakba", which advances an indigenous understanding of time, space, and memory in Palestine by focusing on the details of the people and place of Lifta village over time.

Raef Zreik (moderator): is a Palestinian legal and political theorist. He is an associate professor of law at Ono Academic College, the academic co-director of the Minerva Center for the Humanities at Tel Aviv University, and a senior researcher at Van Leer institute in Jerusalem. 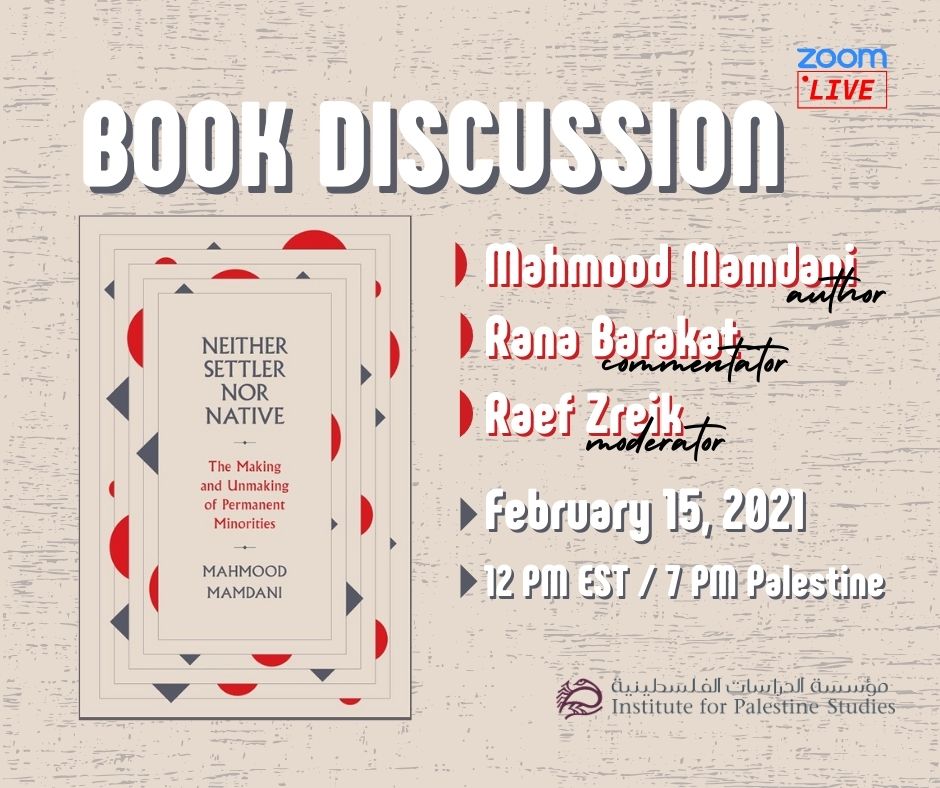