A collection of ten aerial images from the Bavarian State Archive, marked by the name (Küstenebene-File 10- Gaza-Beerseba “bir es-seba”), were taken between September 1917 and September 1918 during reconnaissance flights by the Bavarian Air Squadron as part of the operations of the German-Turkish Alliance. They systematically document the stretch of land between Gaza and al-Majdal, including the later destroyed villages of ‘Iraq al-Manshiyya, Bayt Jirja, al-Jiyya, Barbara, and al-Majdal.

The aerial reconnaissance photographs that were taken during scout operations served the Germans for tactical and surveillance ends, likewise the successive colonial regimes in Palestine. They have become a tool for the study of the urban landscape and infrastructure of Palestine at the end of the Ottoman period.

For this special issue of the Jerusalem Quarterly, ten artists were invited to work with these images and make an intervention through imagining the process of photographing and capturing these images from the sky. The artists were asked to respond to the following questions while thinking about their artistic intervention: Did the pilot receive orders to capture this image via radio communication? What was the dispatch? What was the pilot thinking at the moment of capturing the image, coming from a European culture and photographing the “holy” landscape of Palestine? What did the pilot see beyond the frame of the photograph? How can we interpret these images beyond their military objectives? Can the artist impersonate the pilot while relating to a more contemporary experience? How does the same image look today via satellite? 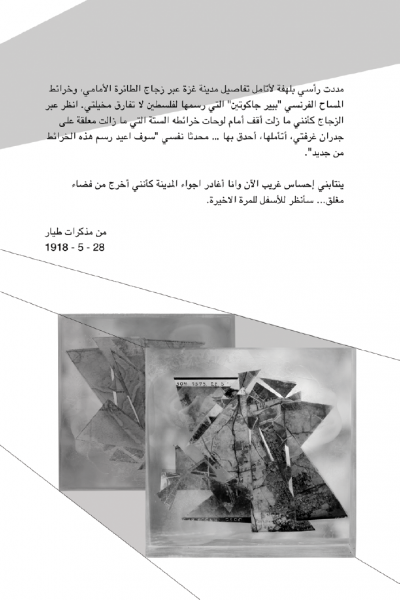 From a pilot’s diary (text by aritist) 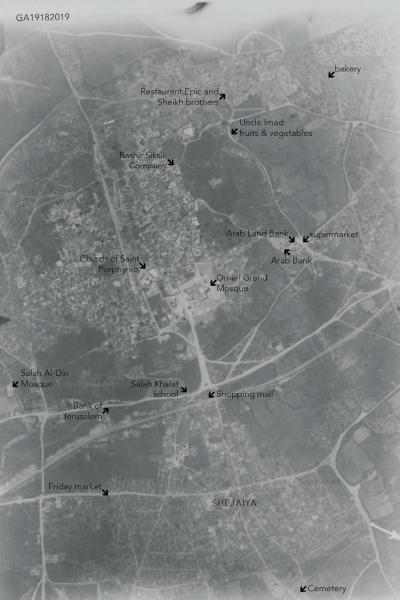 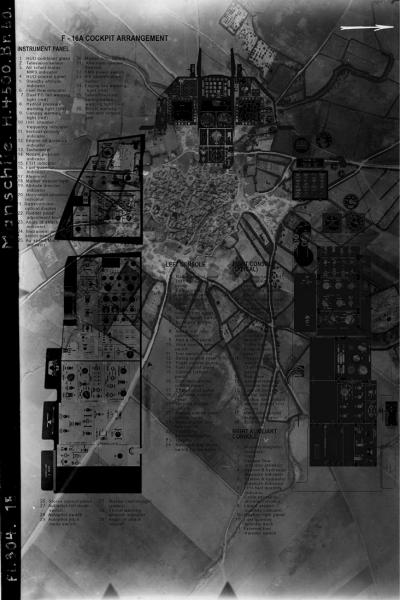 Proskynetarion “topography of the holy land,” 2019 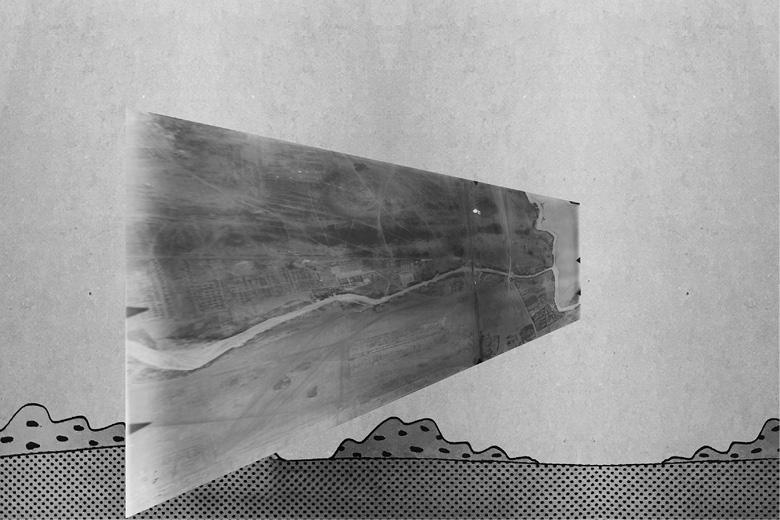 Ala Younis on Dayr Esned

Al-Labbad opens his eyes with astonishment. Here is a drawing of the land on which he imagines a landing, cut through by an aerial image of Dayr Esned repositioned as the windscreen of its shooting pilot 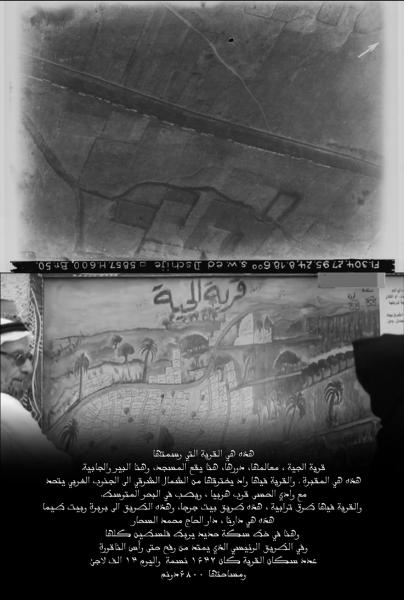 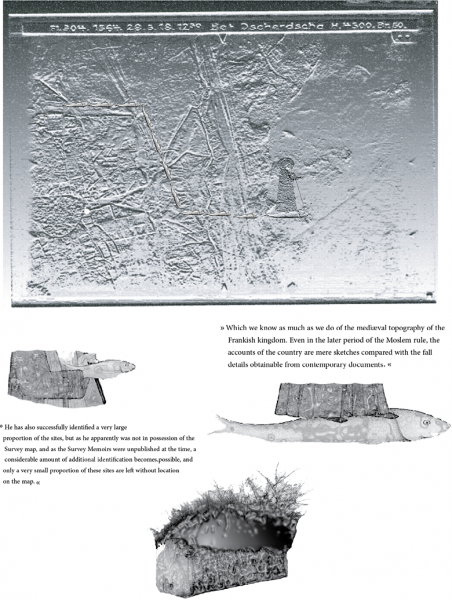 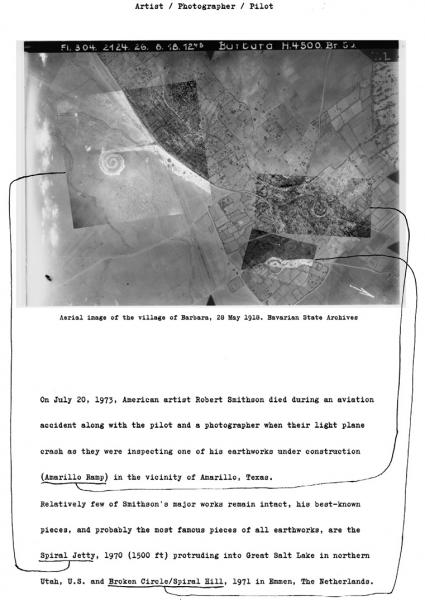 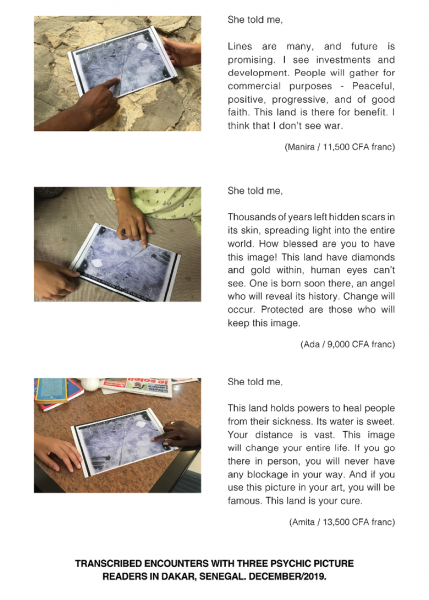 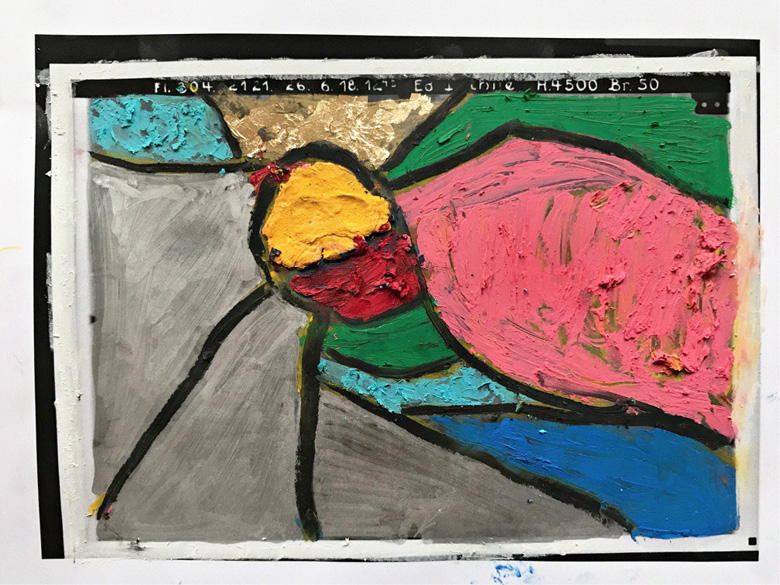 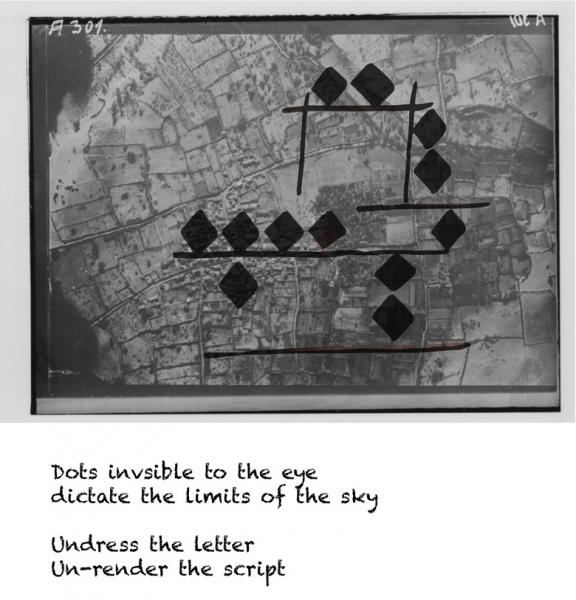 Undress the Letter Un-render the Script, 2019