The prophet Moses caught glimpses of the Holy Land twice in his lifetime – both from the towering heights of mountains surrounding Palestine: the first, from Mount Sinai when he received the tablets of the ten commandments; and the second, from the heights of Mount Nebo across the Jordan when he led the Israelites to “the land of milk and honey” and died before fulfilling his mission. In this he was spared the bloodbaths and massacres of Jericho and Jaba‘a (Gib’on, where the sun stood still for the armies of Yehoshua bin Nun). 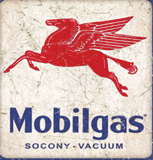 That we need to resort to religious imagery to highlight aerial perspectives is a marker of the continued fascination with, and domination of, religion in our lives. It continues to be a dominant factor in pilgrimage, land contestation, surveillance, and urban planning, among several themes of control discussed in this issue. But Moses and the Israelites have had no monopoly on ruling the skies. Muhammad made his nocturnal journey from Mecca to Jerusalem riding the legendary Buraq, the winged horse, later appropriated by Mobil Oil (formerly Socony-Vacuum) in its conquest of Middle Eastern petroleum. According to the four gospels, Jesus ascended to heaven after his crucifixion from the Mount of Olives, instructing his followers to remain in Jerusalem until the coming of the Holy Spirit. During World War I, British and German pilots made sketches of the landscapes from the air imbued with religious glow – this can be gloriously reviewed in the Richard and Sydney Carline WWI watercolors painted for the Royal Air Force and the Imperial War Museum above Palestine. But all subsequent strategies for control were secular, and secularized events that nevertheless continued to use religious imageries aimed at justification and popularization.

Two issues of the Jerusalem Quarterly (81 and 82) are devoted to the theme “Palestine from Above” which examines observing the Holy Land from the skies. The first volume addresses issues of control, surveillance, and mapping of Palestine from the early modern period of colonial penetration. This is the period that saw the American naval expedition to the Dead Sea in the 1830s, the Palestine Exploration Fund cartographic survey in the mid-nineteenth century (Conder and Wilson), and Père Antonin Jaussan’s social surveys in Nablus in 1927. The second volume will contain issues pertaining to ethnographic mapping, railroad construction, stereoscopic photography, and sketching Palestine from high altitudes. The subjects dealt with in both issues were enhanced by technological revolutions in military and civilian hardware: photography, survey mapping, aerial photography, stereoscoping imagery, and later digitization, satellite imagery, and surveillance technology.

These two issues of JQ are guest-edited by Yazid Anani, the Director of the Public Programme at the A.M. Qattan Foundation and former professor of architecture at Birzeit University. The publication of the second volume will coincide with an international exhibition at the Qattan Foundation curated by Yazid Anani in cooperation with Salim Tamari and Zeynep Çelik on the theme of “Palestine From Above,” in which Palestinian and international artists, mapmakers, and photographers will look at many of those themes from a creative perspective. Al-Qattan “Palestine From Above” focuses on the two themes of hegemony and perspective in examining how the ongoing revolution of visual and sensorial technology contributed to redefining and recontrolling the Palestinian landscape and its future.

As we go to press, U.S. president Donald Trump’s much-heralded “Deal of the Century,” which was suddenly parachuted onto us from the skies, seemed to be in limbo – stymied by both the debacles of the Israeli elections and the spreading corona-related public disarray. President Trump’s intention to create an alternate Palestinian Jerusalem in the tiny hamlet of Abu Dis was deservedly rejected by the Palestinians as well as by the majority of Arab leaders. But looking more closely on the ground – as opposed to from the lofty heights of American diplomacy – we can see that this “deal” has set free the Netanyahu government and its right-wing ministers to realize long-desired plans that will deeply affect Palestinian Jerusalem, as well as the rest of Palestine. Shortly before the third round of recent elections, Prime Minister Netanyahu announced plans to build 3,500 new settler homes in E1 – the area between East Jerusalem and the sprawling Israeli settlement of Ma’ale Adumim. Israel aims to turn that area into an urban bloc, effectively bisecting the West Bank into northern and southern parts, an aim previously opposed by successive U.S. administrations but now, it seems, given cover by the “Deal of the Century.” Israel’s current right-wing minister of defense, Naftali Bennet, added a twist with his announcement on 9 March of the construction of a new “Palestinian road,” in E1, terming it a “sovereignty road.” (And he didn’t mean sovereign Palestine). A Haaretz editorial more aptly called it a “highway to apartheid.” While few have the stamina to read the entire 181 pages of the Trump plan, this issue of JQ teaches us to look carefully at the maps – the road in question appears on the “conceptual map” (see page 41 of the document). It may be that the whole “deal” evaporates together with the careers of its chief architects, but we cannot afford to be complacent about these developments being set in concrete, which could hijack the future of Jerusalem from its inhabitants, and from the whole Palestinian nation. Perhaps the last sentence of the “deal” is the truest: “The Palestinian story does not end here. Their story is just being written.”

We are happy to announce the Ibrahim Dakkak Award for the 2020 Outstanding Essay on Jerusalem goes this year to Hashem Abushama, a doctoral student at the University of Oxford’s School of Geography and Environment. His winning essay, “Politics of Portraiture: The Studio of the Krikorians,” appears in this issue of the Jerusalem Quarterly.

With the premature passing of Albert Aghazarian, the noted Jerusalem historian and public figure, this January, JQ has lost a dear colleague and devoted friend. We will miss him dearly.